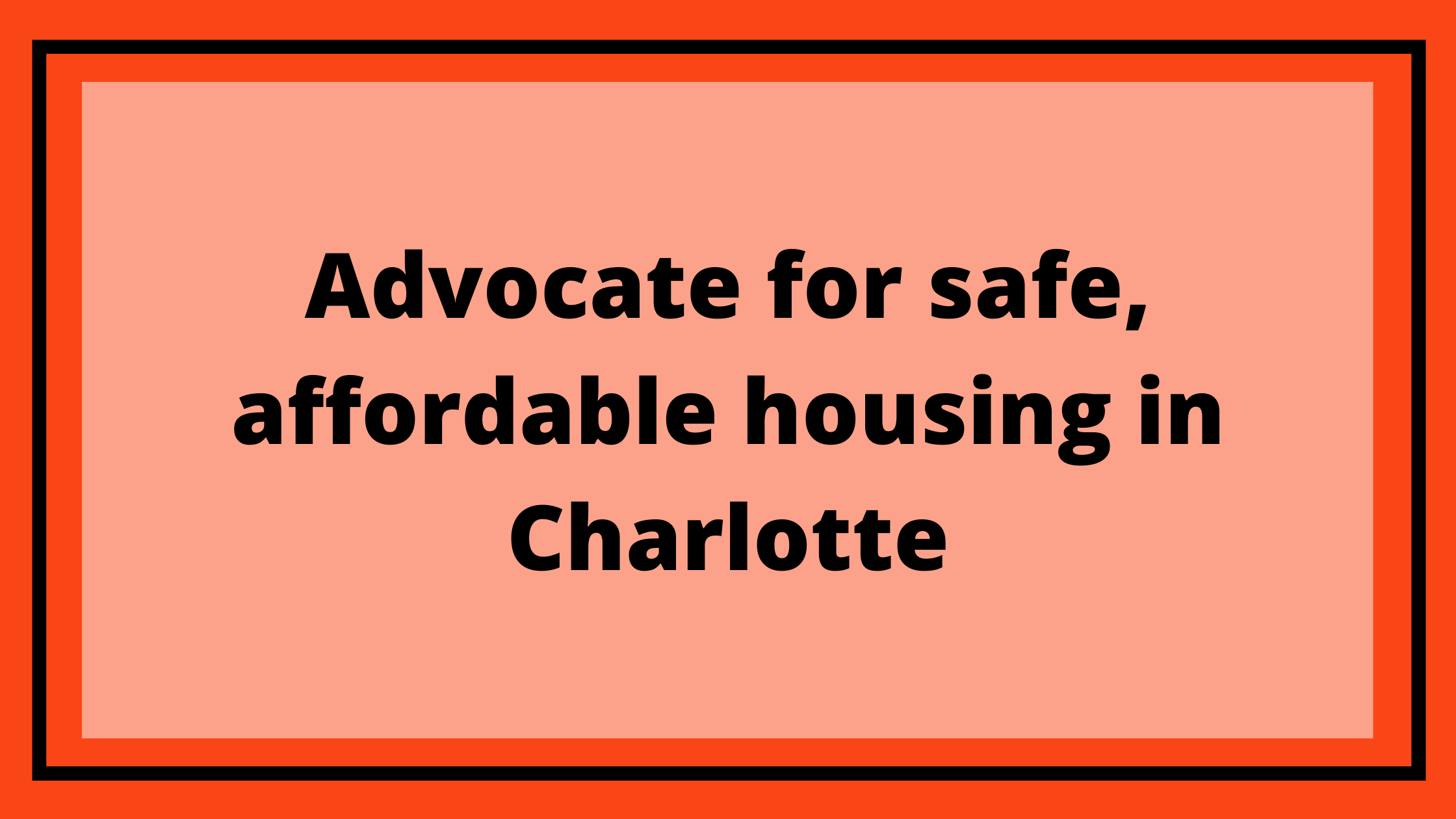 YWCA Central Carolinas and other Charlotte-area affordable housing advocates are supporting Habitat for Humanity of the Charlotte Region in its work to amend the City of Charlotte’s Fair Housing Ordinance. Along with the already existing protected classes of race, color, national origin, religion, sex, disability and familial status, “source of income” must become a protected class for anyone renting, buying or securing financing for housing. Advocates have found that landlords are refusing tenants because they pay with government vouchers (known as Section 8), or other forms of income, such as disability payments or child support.

YWCA Central Carolinas believes that everyone should have access to safe, affordable housing, so we call on the City of Charlotte to amend the city’s Fair Housing Ordinance.

What does it mean if the city amends the Fair Housing Ordinance to ensure protections against Source of Income Discrimination?

If this ordinance gains the support needed to pass, landlords won’t be able to exclude potential tenants who meet other criteria, such as credit history or criminal background checks, solely because of the source of their rent payment. The proposal also contains a “first come, first served” provision that would prohibit landlords from sitting on an application from a voucher holder to wait for other applicants.

YWCA Central Carolinas invites you to join 30+ organizations in supporting the proposed amendment to the Fair Housing Ordinance by signing Habitat for Humanity of the Charlotte Region’s support letter. Charlotte’s housing and upward mobility crisis will not be solved overnight, but this change can move the needle.

Why should I sign Habitat Charlotte Region’s support letter?

The Housing Choice Program consistently has thousands of names on its waitlist, and it is not uncommon for a person or family to be on the waitlist for several years. Once an individual receives a voucher, it can seem impossible to find a landlord that will accept it, and vouchers often have an expiration date of only a few months.

As we fast forward to today, Habitat Charlotte Region, YWCA and other Charlotte affordable housing advocates have met with multiple council members that sit on the Great Neighborhoods Committee. The Great Neighborhoods Committee is made up of five city council members (Malcolm Graham, Braxton Winston, Victoria Watlington, Julie Eiselt, and Tariq Bokhari). They review and recommend policy related to comprehensive initiatives designed to create affordable housing and provide opportunities that align with creating great neighborhoods.

The Committee unanimously voted SOID out of committee to the full Council. There could be a host of outcomes, but the one we remain committed to is amending the city’s Fair Housing Ordinance to ensure protections against Source of Income Discrimination.

What can I do?

On Monday, February 1, City Council will be meeting to discuss ending SOID. Let them know we need to cancel source of income discrimination before the February 1 meeting.