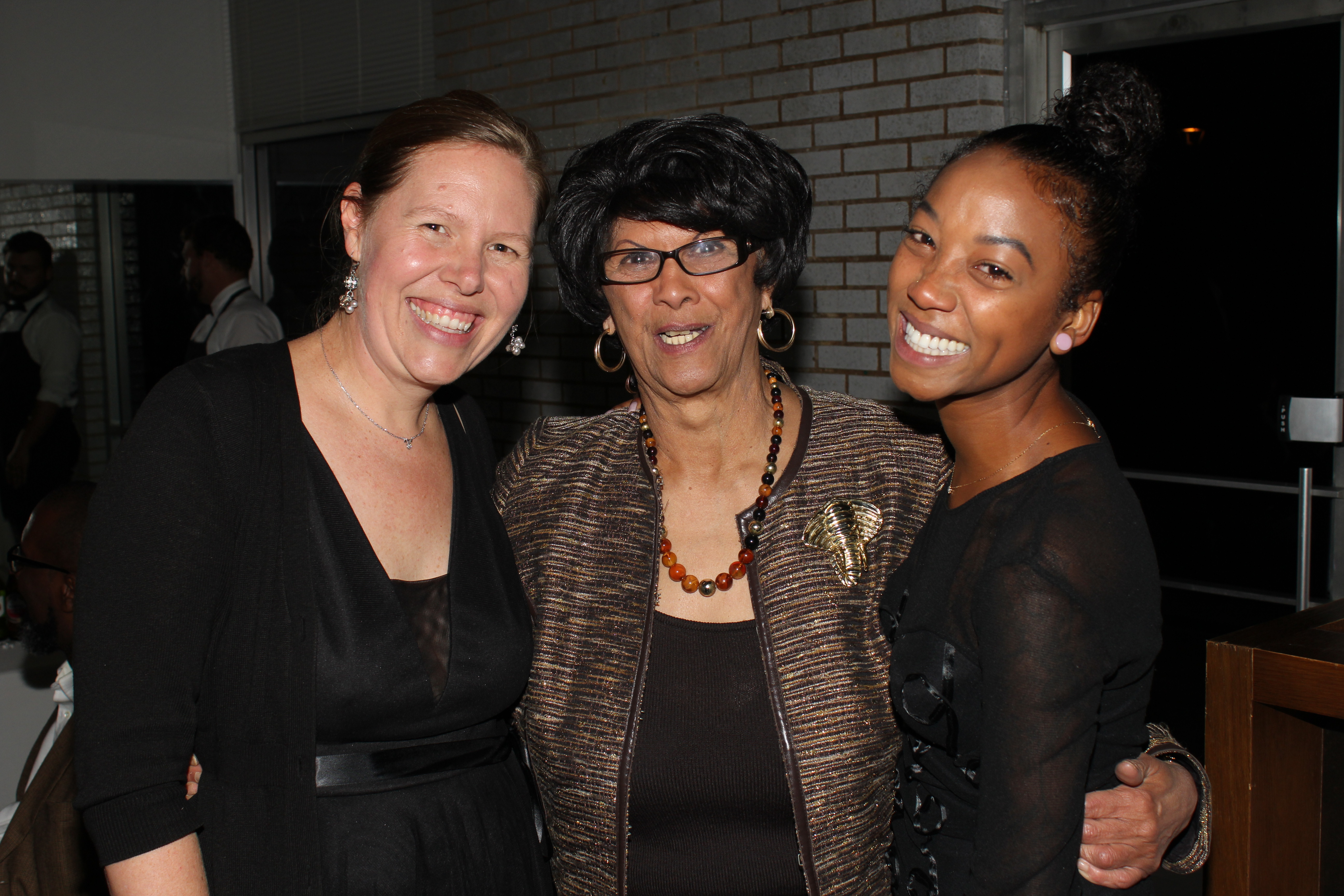 On October 18, 2018 we held our annual Women of Achievement and Donor Recognition Ceremony. This ceremony is an opportunity to thank the donors that have continued to support the work of YWCA Central Carolinas while honoring the spectacular work of three remarkable women in the community. Each woman honored represents a different generation, honoring differing awards categories.

For the Pioneer Award, Dorothy (Dot) Counts-Scoggins was honored. Dot began her journey of social justice at age 15 as one of the four African American students to desegregate schools in Charlotte in 1957. After harassment and abuse she finished her education in PA and Asheville, NC. Her career in education spanned over 50 years working as a preschool teacher, community college instructor and administrator in preschool and early childhood education services. Throughout her life she has led the fight for higher quality early care and education and enriches the lives of others by emphasizing the importance of diversity in schools and sharing her experience of desegregation.

For the Community Champion Award, Liz Clasen-Kelly was honored. Liz is currently the Executive Director of the Men’s Shelter of Charlotte. She has been a visionary, advocate and well-recognized leader for ending homelessness in the Charlotte community. She has consistently lead in the creation of innovative initiatives and programs that lift-up individuals experiencing homelessness. She uses her voice to push for systemic change and leads in the fight for increased affordable housing by serving in various leadership positions in the community and meeting with elected officials.

For the Emerging Leader Award, Jessica Moss was honored. Jessica has transformed the community surrounding art, both the audience and the range of diversity in artists. She has created an artist residencies program (in Charlotte and Pittsburgh) called ‘The Roll Up’, offering affordable spaces for artists to live and work in as well as a stipend and car for transportation for 6-months. She was the Creative Director of the Harvey B. Gnatt Center for African American Arts + Culture from 2016 – 2017, and works as an independent curator – with her most recent exhibit Black Blooded at the New Gallery of Modern Art – and adjunct professor at Queens University of Charlotte.

It truly was a phenomenal night, one that will always be remembered. Take a look at some of the photos we captured from the event: