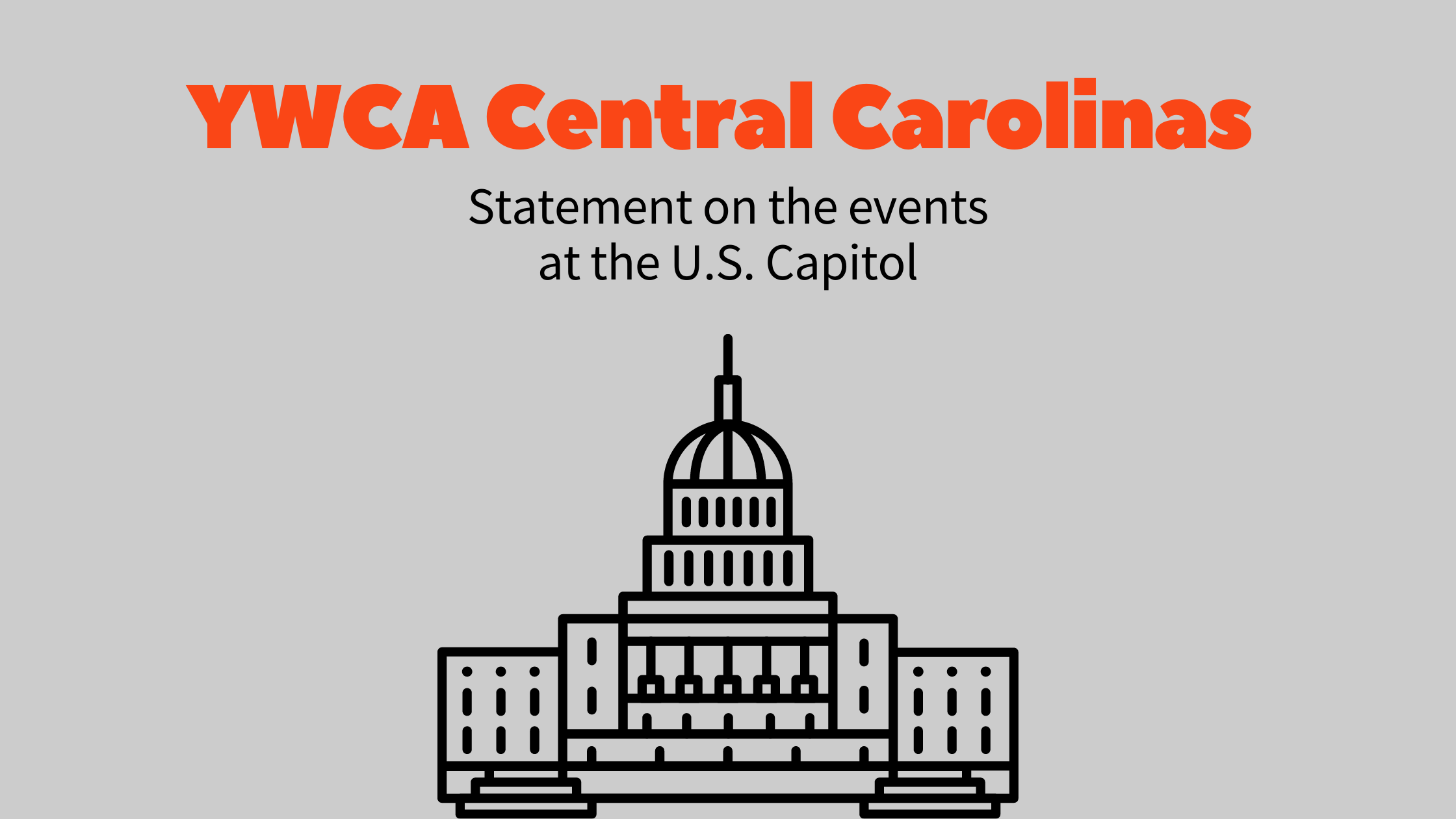 Our hearts are heavy this week. We face the reality of an insurrection that struck at the very core of our democracy. A democracy is a rarity across the globe; it is fragile and can be dismantled far more easily than it can be created and sustained. YWCA’s work of eliminating racism is key to any democracy. It is work we are ALL called to do. Preserving and protecting peace, justice, freedom and dignity for all people brings us ever closer to equity and opportunity for everyone in America.

As many Americans have said, if the rioters had been primarily people of color, the response by law enforcement would very likely have looked different. Far more aggressive action would have been taken to prevent anyone from breaching the People’s house. We have seen aggressive responses to demonstrations play out over the past year, even during peaceful protests simply asserting that black lives matter. In contrast, acts of domestic terrorism by white people have been emboldened and incited. The attack we witnessed unfolding at our US Capitol this week was a culmination of unchecked racism and white privilege, and while it was devastating to see, it was not surprising.

YWCA Central Carolinas condemns these acts of domestic terrorism. While we may be shaken by this week’s events, our resolve for justice and accountability must be unwavering. We invite every member of our community to work for an America that is beautiful for all.

Peace be with you,

Books to Inspire Your Child’s Activism

November 4, 2021
Thanks for subscribing!