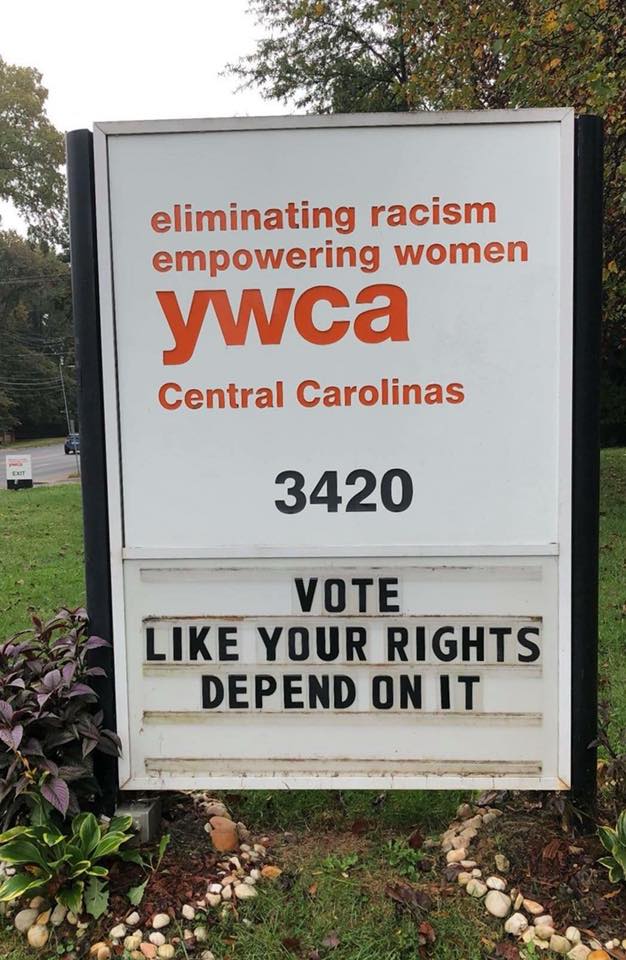 Last night, November 6, 2018, history was made in the USA. As an organization focused on the mission to eliminate racism, empower women, and promote peace, justice, freedom and dignity for all, the results of the nation’s midterms election is something that needs to be applauded.

Women made history throughout our country, with an unprecedented number of women running in the 2018 midterm elections, many for the first time and women won more seats in Congress than ever before. More than 100 women were elected to office, including over 40 women of color! These representatives include:

And with this historic night for the accomplishment of women, Florida made an incredible decision in passing Amendment 4: granting the right to vote for felons once they have served time and completed probation (this excludes those that were convicted of murder and sexual assault-related crimes). In that moment, the people of Florida restored 1.4 million people’s right to vote, which is the largest amount of individuals to have their right to vote granted since the Voters Rights Act.

There is still more work to be done to ensure that those elected to office are still held accountable and to continue to fight for the empowerment and safety of women, girls, and people of color.