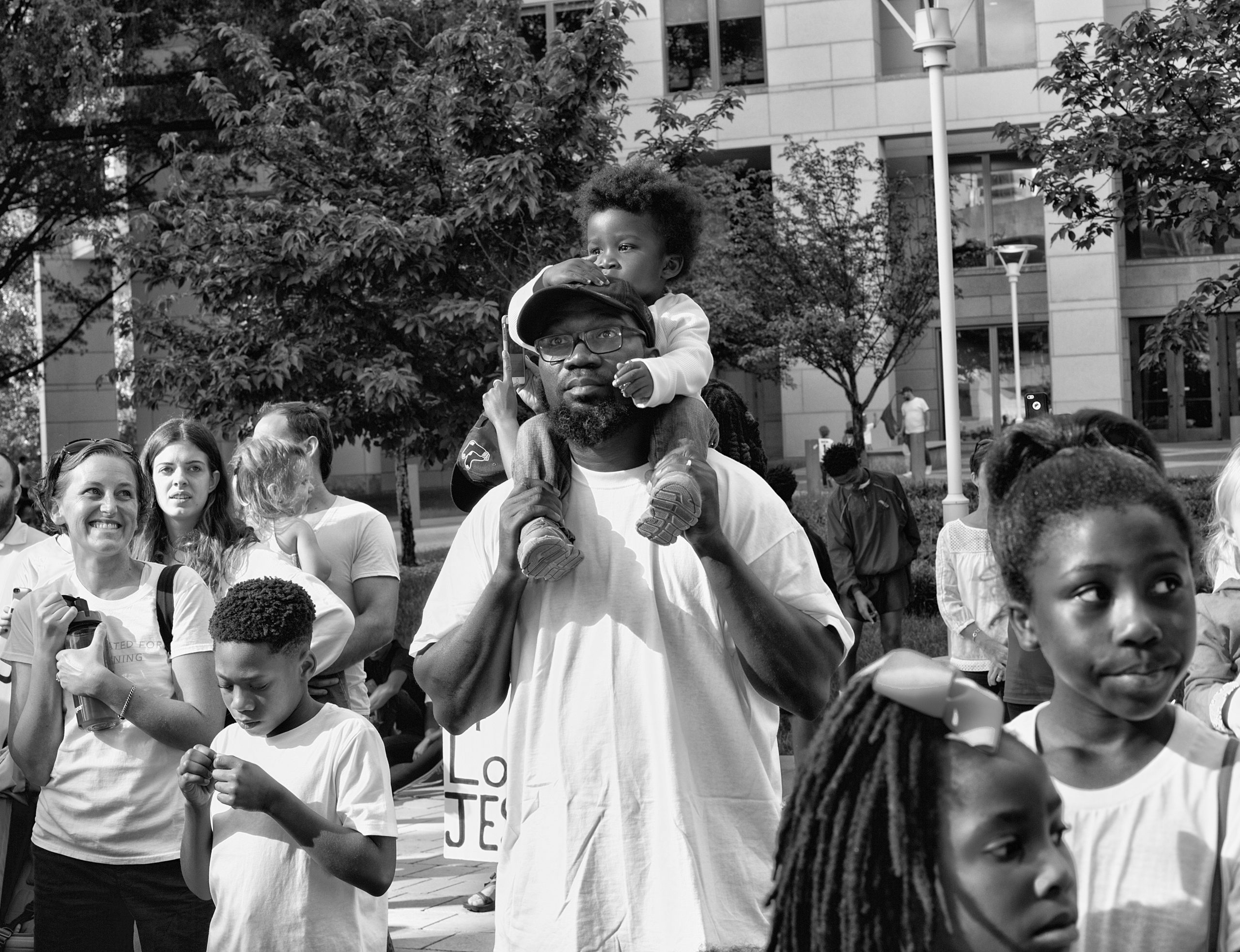 I keep coming back to the words of Martin Luther King, Jr. from over 50 years ago, so true today as they were the year I was born. It’s from a 1968 speech titled “The Other America,” delivered in Grosse Pointe, Mich., just weeks before King was murdered: “…[I]t is not enough for me to stand before you tonight and condemn riots. It would be morally irresponsible for me to do that without, at the same time, condemning the contingent, intolerable conditions that exist in our society. These conditions are the things that cause individuals to feel that they have no other alternative than to engage in violent rebellions to get attention. And I must say tonight that a riot is the language of the unheard. And what is it America has failed to hear? It has failed to hear that the plight of the Negro poor has worsened over the last twelve or fifteen years. It has failed to hear that the promises of freedom and justice have not been met. And it has failed to hear that large segments of white society are more concerned about tranquility and the status quo than about justice and humanity.”

As YWCA Central Carolinas, we mourn the violent death of George Floyd at the hands of law enforcement, whose job it is to protect and serve. We join with voices of those around our nation calling for accountability and we condemn the brutal actions of the Minneapolis Police Officers. We know this loss of black life is not an isolated incident, but one of many brutal losses following four centuries of our nation’s systematic dehumanization of people of color. We stand in support of the call for justice for George Floyd, for Ahmaud Arbery, for Breonna Taylor and for so many other victims of modern day lynchings. We urge you to join YWCA in committing to dismantle racism in all the insidious, deeply-ingrained ways it has infected our country.

I could not say it better than our YWCA USA CEO, Alejandra Castillo, and so I will close with her words shared today:

“Addressing this specific incident alone won’t be enough to prevent future incidents of police violence against Black people, and people of color in America. Our country’s failure to address institutional racism is costing lives. Racism is why coronavirus is killing more people of color than white people. Racism is why police shootings are a leading cause of death for young Black men. Racism is why Black mothers die more frequently in childbirth. Racism has no place in the America we all deserve.”

YWCA’s Panelists For Our YWomenVote: A Non-Partisan Discussion on Economic Security