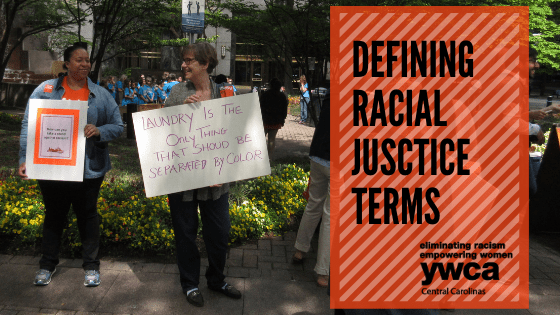 YWCA Central Carolinas has proudly done Racial Justice & Advocacy work in the Charlotte community for 119 years and counting. With our programs, events, and advocacy there’s a lot of terminology thrown around and we want to make sure that all YWCA supporters know what they mean.

Today’s term is microaggression, which is an indirect, subtle, or unintentional discrimination against members of a marginalized group.

Microagressions are the kinds of remarks, questions, or actions that are painful because they have to do with a person’s membership in a group that’s discriminated against or subject to stereotypes. And a key part of what makes them so disconcerting is that they happen casually, frequently, and often without any harm intended, in everyday life. (Vox, 2015)

To learn more about microaggressions, you can watch YWCA’s 2018 Stand Against Racism forum, Micro-aggressions: Insults and Dismissals From People In Power, on our Facebook page.

But a microaggression is not the same as a macroagression. A macroaggression is an act of racism towards everyone of a race, gender or group. An example of a macroaggression would be individuals spreading misinformation about COVID-19 and placing blame on Asia. This has contributed to an increase in hate crimes against Asian Americans and Pacific Islanders.

You can further your knowledge on this subject by reading Charisse Levchak’s Microaggressions and Modern Racism: Endurance and Evolution.

Empowered With a Vote

What We’re Grateful For